Dear and Dear most Tamils of Mauritius, It gives me immense Pleasure to be with you due to many reasons.

You are living here with dignity as told by the words of great Thiruvalluvar and Sangam Poets and setting up an example for exemplary living standard for all humanity.

You are the real embodiment of “ Yathum Oore Yavarum Keleer”, You still carry the memories, virtues and values of our Tamilnadu in the lines of Engal Vazhvum Engal Valamum mangatha Tamilendru Sange MuZhangu. You are the representative of one of the most ancient civilization which   started well before stone age. It is the rich tradition of Tamil that had the equality on the basis of birth ‘Pirappokkum Ella Uyirkum”. Its only occupational differences that is also once choice.

Recent excavations in “Sindhu Samaveli region” and “Keeladi” (Near Madurai) reveals many archeological information taking the Tamil civilization still older, much before the Aryans crossed Kyber pass 2500 Years BC. The Sindhu civilaization seems to be that of Tamilians. It is to be noted that these excavations can reveal such historical information only through the use of epigraphy, stone carvings, copper epigraphs and pottery tablets. But for these preservations, the truth excavated in Keeladi and Alanaganallor would not have any meaning. Though we are preserving every thing electronically its stability for 1000 of years is under question mark.

Thirukural is the only literature of the mankind that teaches humanity without any imaginary story. Its full of teachings and values for eternal living. The highest virtues like Ahimsa, Non Violence, Tolerance, Equality, Love, Peace, Benevelance, better living, better governance, Thanks giving what not which are the directive principles for all time. To preserve such a book in epigraph is highly essential to save and serve the mankind. It is the paramount duty of all Tamils of the world including the Tamils of Maldives, to make this Thirukural Preservation in a Hill called Kural malai.

20 years ago, Kural Malai Sangam as formed to carve out 1330 Kurals in both Tamil and English in a Hillock consisting of hard rock suitable for carving all kurals. The location was unilaterally chosen as Malayam Palayam of Erode district. The hillock is spread over 20 acres with a lord Muruga Temple maintaining the sanctity of the mountain.The Name of the temple is “Muthu velayutha swamy temple” built by Choza king 900 years ago. Tamil God Murugans blessings is another blessing in disguise for this Project.. The hillock is made of single rock and it extends below earth to 40 acres.

LAST 20 YEARS THE Kural  malai Sangam, Malayam Palayam tested various mountains and mountain regions including Tiruchrappalli Rock temple and found the Malayam palayam hills as apt for this purpose. The first Thirukural “ Akara Muthala Ezuthellam Athi Bagawan Muthatre Ulagu” was already carved in Granite finishing and was rendered open  by great scientist Mayil Swamy Annadurai, in the Presence of Neethi Arasar Mahadevan , Kavinger Kavi Dasan and Collector of Erode District. Students and researchers are now visiting this area to have a dharshan of the launch of the great effort that will preserve Thirukural in the hillock.

The latest technology is being adopted and carried out without affecting the environment under the directions by the concerned departments.

Many visitors ask me some questions regarding the project. As the person who initiated this idea I have to proudly answer them. One of the frequently asked question is why do you switch to this project cutting your film direction. ..

For them I want to answer simply as follows; I was taught Thirukural in school days by excellent Tamil Teacher. I was impressed by the Kurals. It is the only literature that does not discriminate. It teaches how to live with integrity. At many instances I find kural 359 guiding me and acting as remedy.

Gave me confidence and clear thoughts about life. This made me think of preserving the universal teacher guide Thirukural.

Besides, my ancestors had a link and bondage with rocks. My father  Pappusamy was a stone carver and his father Rengaswamy has earler dedicated himself to building Anaicut(Dam). He has contributed significantly in searching and shaping stones for Aazhiyaru Dam, Pilloor Dam and Bavani sagar Dams. Even now one can see his name in one of the bridges in Kunda Dam on his name as Ramasamy Palam. His father Renga nayakkan was involved in digging water wells. In those days even at 50 ft water will spring out in wells. When more rocks are in well area people will look for Renga nayakkan who will remove rocks effectively. Sometimes, I believe that our family history may have prompted me to initiate this ambitious project because of our links with rocks for ages..

Many Tamil scholars worldwide has shown interest in this regard. How ever, after Mortius President visited Malayapalayam hills as acting President the project got revived. The feasibility of completing the project has emerged with the support of all Morutian Tamils along with President Paramasivam Pillai Vaiyapuri. I appeal to you all that I wish to celebrate the Kuralmalai Project Concluding Ceremony at Marutias. Really I am enthralled by the love, affection and Hormony of Mauritian Tamils. Living in unision supporting great causes like this makes the leadership of Mr Vaiyapuri Pillai, The President, Unique and I pray that such leaderships emerge through out the world and bring lauels to world Tamils. The representatives at France for our Kural Malai Sangam Mr. Sam is here. Mr. Arumgam has accompanied us from India. I thank each and every one of them for there kind support. 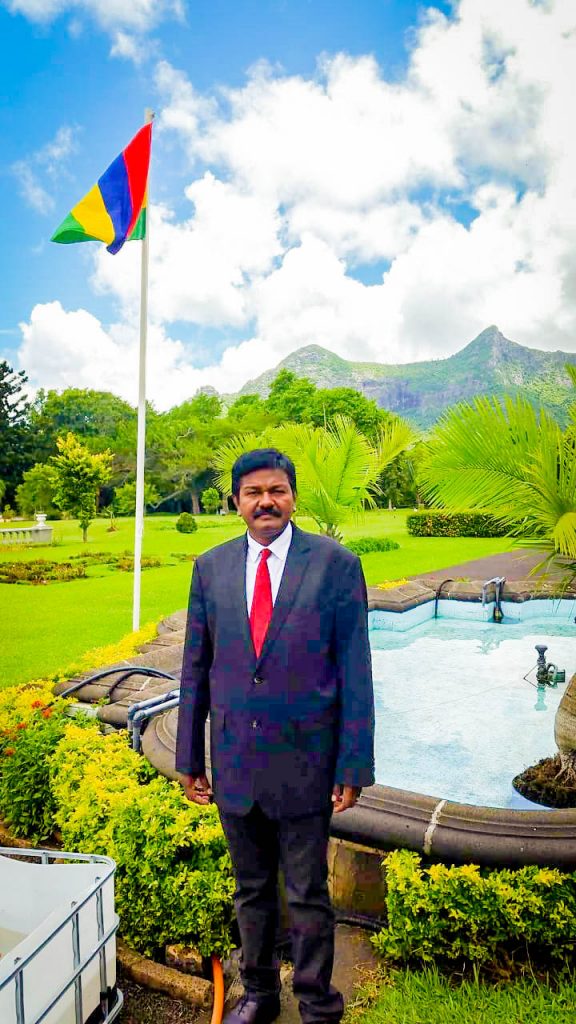 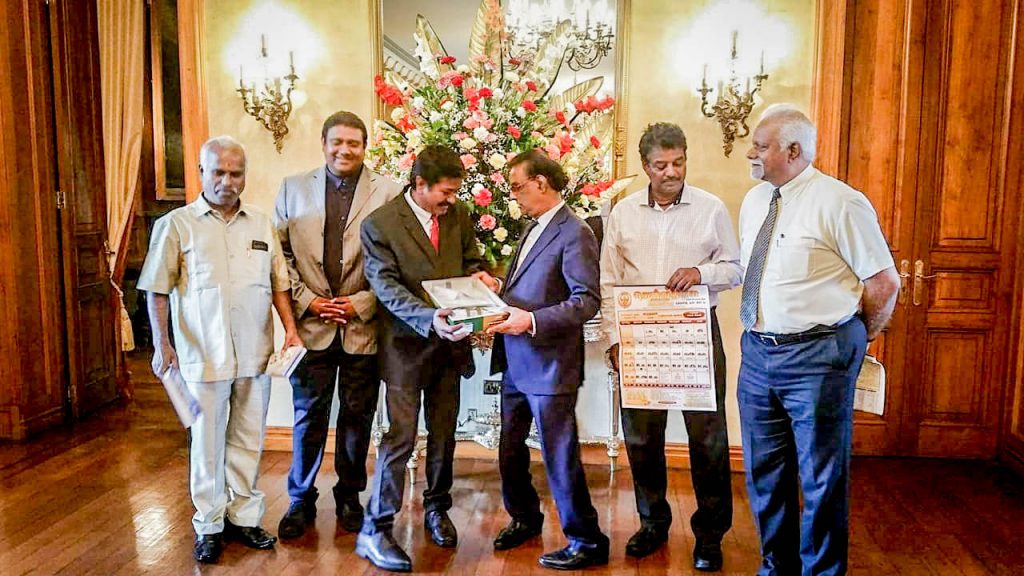